The feature Film “Shop of Little Pleasures” will be in the cinemas in Austria from 12. October 2018.

More info about the premiere are coming soon! 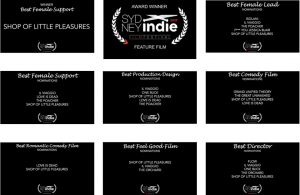 Alice is staring in a feature film that she co-wrote with Julia Frick.

This is a short sneak preview of the film “Das kleine Vergnügen” (“Shop of Little Pleasures”, 2017) and short interviews with  interviews with Waltraut Haas, Ramesh Nair, Marcus Strahl, Reinhard Nowak and the producers Alice and Julia Frick (1:20min):

The film “Das kleine Vergnügen” (“Shop of Little Pleasures”, 2017) has been selected for several festivals, got nominations and won the Award for Best Female Support.